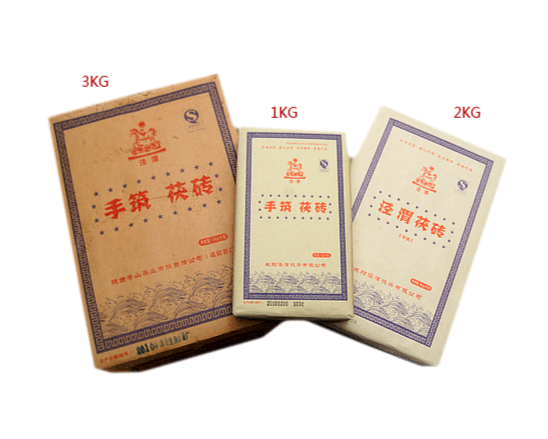 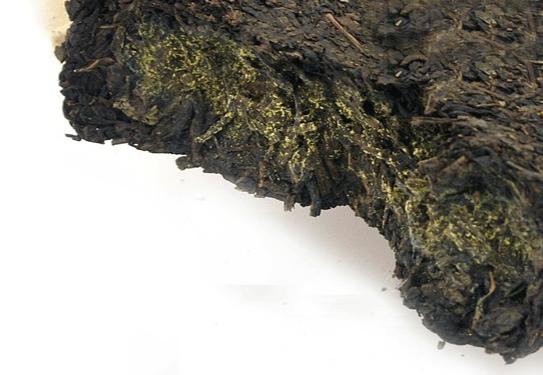 Shape: flat brick face, clear angular, and consistent thickness. The germinating flowers are generally corpulent. The surface of the special Fuzhuan tea is dark brown and that of the general is yellow brown.

Tea quality: the aroma is pure and the liquid is orange yellow. The special tea tastes mellow whereas the general tastes pure without astringency. Fuzhuan tea soup is red but turbid, fragrant but coarse, with thick taste but astingency. The taste is thick and it is resistant to infuse. The tea must be filled with lush bacteria flowers, generally called "golden flower".

Fuzhuan Tea is a kind of Hunan dark tea. It was invented around 1860 A.D. The drinking effect is like rhizoma smilacis glabrae. Fuzhuan tea processing is similar to the artificial fermentation craft of Pu'er tea. The "germinating flowers" precedes drying. The golden bacteria flowers are microorganisms helpful for health in condense tea. But Fuzhuan tea possesses special aroma and taste.